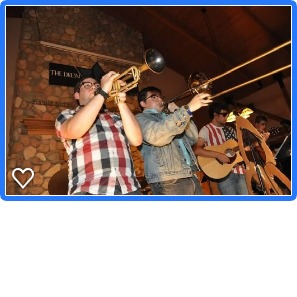 Nothing brings people together like music, and that’s especially true at
Herzl camp. Between song session, ruach fest, ozo songs and caravan, it’s safe
to say music is an integral part of Herzl’s fabric, and it certainly had a big
impact on our lives both at camp and after.

Herzl is where we learned to perform, playing our horns every chance we got.
It gave us the inspiration to practice and improve throughout the year so that
during the summer we could get on the chadar stage and share our love for music
with the Herzl community. One of our favorite camp experiences was creating the
Twelve Gates Band while we were on staff. Throughout the year prior to that
summer, we performed on and off with Jon Batiste, the bandleader for Stephen
Colberts late show. Collaborating with Jon, whose musical intuition was so
natural and conversational, lent us the perspective to bring that mentality to
camp. So we started a band to showcase music alongside Twelve Gates, and played
pump up songs to bring up energy in the chadar on Saturday nights. Learning songs on
the fly every week gave us the training and experience that eventually propelled our ears to
take on more and more challenges later in our music career. Eventually, we turned
the Gates Band into a Chug, taught campers how to play in the band, and even had
them perform with us for all of camp.

Now, a few years removed from our time as campers and staff, it’s the moments
playing music that we distill and hold dear as camp experiences have become
camp memories. There’s no doubt that these experiences helped fuel our
career path. We’ve taken the leap from Herzl to Hollywood, and brought our
horns along for the ride. Today, we are fortunate to share the stage with
songleaders of a different kind, like John Legend, Diplo and Pharrell.

Herzl provided the spark for our music career, and now we have the
opportunity to give back. A group of us have come together to form the Herzl
Music Fund, an endowment meant to fund musical programming at camp for years to
come. Our goal is to make sure Herzl is well equipped with instruments, sound equipment,
and trained staff so future campers can benefit from the experience we were
fortunate to have. We invite you to join us in contributing to this fund, so
that together we can keep the music playing at camp for the next generation. 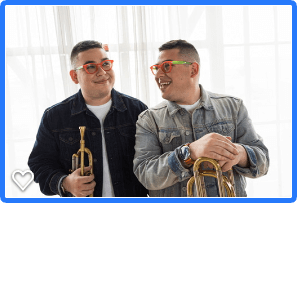