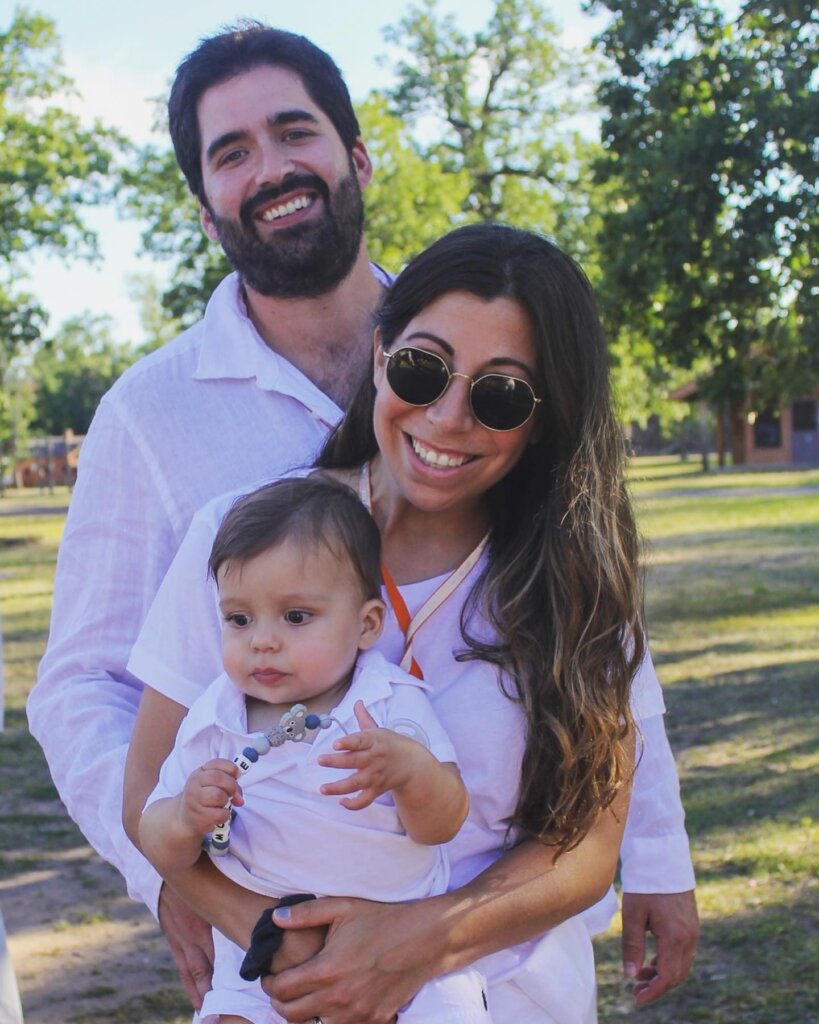 For Amy (Sandler) and Jordan Marks, returning to camp feels like coming full circle. Amy and Jordan came to Herzl Camp in different ways – Amy was a Herzl lifer from a second generation camp family and the youngest of four who were campers and staff. Jordan spent four summers on staff after friends convinced him to work with them one summer. Looking back, Jordan sees coming to camp in 2008 as “the best decision I’ve ever made!”

Jordan and Amy met when they were both working on staff. While they shared numerous friends, they were not particularly close. Over time Jordan became very close with Amy’s brothers Todd and Lee who were also working at Herzl. But when they both returned to work on Hanhallah in 2012, everything changed for their relationship. After having the opportunity to spend some 1:1 time together, Amy quickly knew that Jordan was her person. While it took a little longer for Jordan to catch on to Amy “flirting” with him, he soon got the hint and the two have been together ever since. They got married in 2017.

“Herzl is our love story. We became our best selves while working at camp. We not only were inspired by creating meaningful experiences for our campers, but we became more confident in ourselves and our identities, and were more open-minded to new experiences and people — and for that we are forever grateful.”

Jordan’s decision to come to camp also set the course for his professional life. “Looking back at the jobs I’ve held, the responsibilities demanded by Herzl forced me to grow more than any other. It’s rare for a college aged young adult to be responsible for the safety of hundreds of campers on the waterfront – that really stuck with me. Working at Herzl made future life challenges easier to overcome.

As Jordan continued on to medical school, residency, and a full time attending physician in the Emergency Room, he always planned on returning to Herzl.

“Sitting in the Marp a few weeks ago as the camp doctor was one of the most fulfilling moments of my life. I was able to return to a place that I love, doing the job I love and give back to the place that helped prepare me for the rest of my life,” said Jordan. “It was an experience I hope to repeat for many summers to come.”

“As new parents, it was incredibly special to introduce our son to the Herzl magic. From his first dip in Devil’s Lake to playing with his new buddy Reuben to making friends with all the adorable Haatid Campers, Morrie had a great first taste of camp,” said Amy. “We can’t wait to come back!”