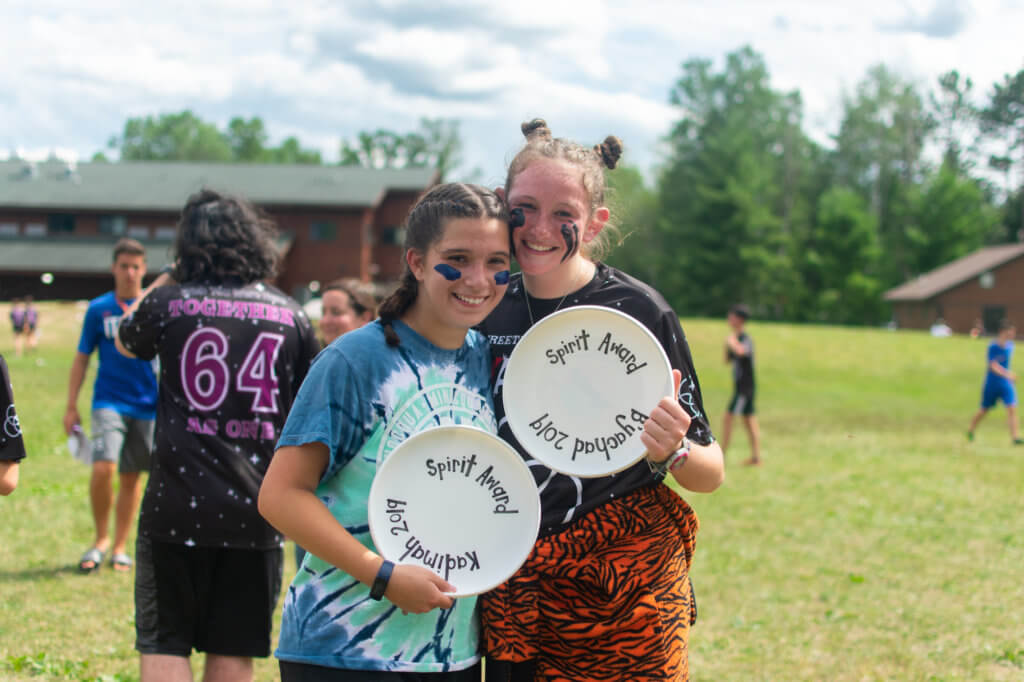 Ok, this just made my day yesterday…

Kadimah challenged B’yachad to the annual Ultimate Frisbee game. The game is played each summer and begins a tournament during the final weeks of the summer (Kad vs. B’yachad, Winner vs. Ozrim). It’s a big deal here at camp and it’s all very exciting.

And yesterday’s game certainly did not disappoint. Lots of ruach, excellent sportsmanship, exciting game. Great. But there were two things that stood out to me:

1.) For the first time in my time at camp, it felt equal. Let me explain:

Yesterday’s game honored the concept in meaningful ways – players passing to one another consistently and respectfully, players skills being placed above gender expression, full points being played by groups of players who might not have gotten their fair due in previous years.

2.) Our staff explicitly honored two campers (one from Kadimah and one from B’yachad) who showed true Spirit of the Game – a central tenant of Ultimate. Sure, we’ve always acknowledged the sportsmanship and leadership shown during the games. This year, however, our Cornerstone fellows – a group of returning staff charged with bringing kavannah (intention) to camp – created a system where the staff from both k’vutzot identify and honor a camper from the *other* k’vutza for their positivity, leadership, and integrity throughout the game. The absolute BEST part about this – the camper does not need to have played a single moment of the game! It’s all about the players’ character. So good, right?!

Sometimes this place is just too good!