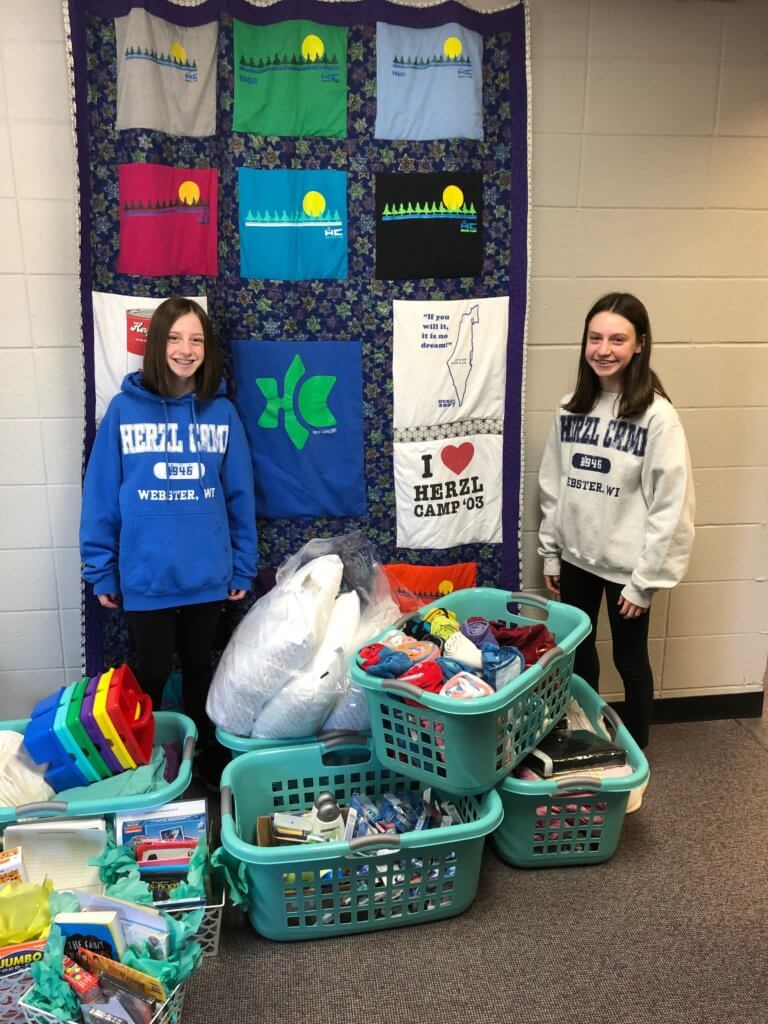 Last night, Bikkurim kicked off with a bang! The theme centers around the Jonas Brothers trying to do something here at camp and the teams trying to stop them. Obviously!

My night, however, was a slightly different than the majority of camp’s night. While almost everyone was cheering on the camper and staff captains during the “rope burn” (an awesome fire building competition!), I was covering the Marp with a few campers who were under the weather. Our awesome Marp staff was busy passing medications and supervising Bikkurim activities, so I volunteered to help out.

There were only 3 campers up there with me, out of 423, so I’m feeling pretty good about our health percentages. However, I felt so badly for those three who missed out on the opening ceremonies. (Don’t worry – they are all back on their feet. They just needed some rest!)

I was worried that they would have FOMO (Fear of Missing Out – it’s totally a thing!). Then I remembered that two of our Habonim campers, Sydney and Paige, had donated supplies to the Marp this year in honor of their B’nai Mitzvah. One of them had spent time in the Marp in a previous summer and wanted to make sure that other kids felt a bit more at home (and less bored) when they weren’t feeling well. There are books, individual activities, some movies. And they were all right there, readily accessible, in the supply cabinet!

When I showed one of the sick campers, her face lit up. She was clearly upset about missing Bikkurim, and also super tired of having the camp crud! But the sight of a good book (and one she was familiar with no less) made her feel cared for in ways that are hard to explain in writing. I told her that she could thank her fellow campers for that! She then expressed interest in paying it forward when her Bat Mitzvah rolls around.

I mean…if that doesn’t bring a smile to your face, I’m not sure what does!