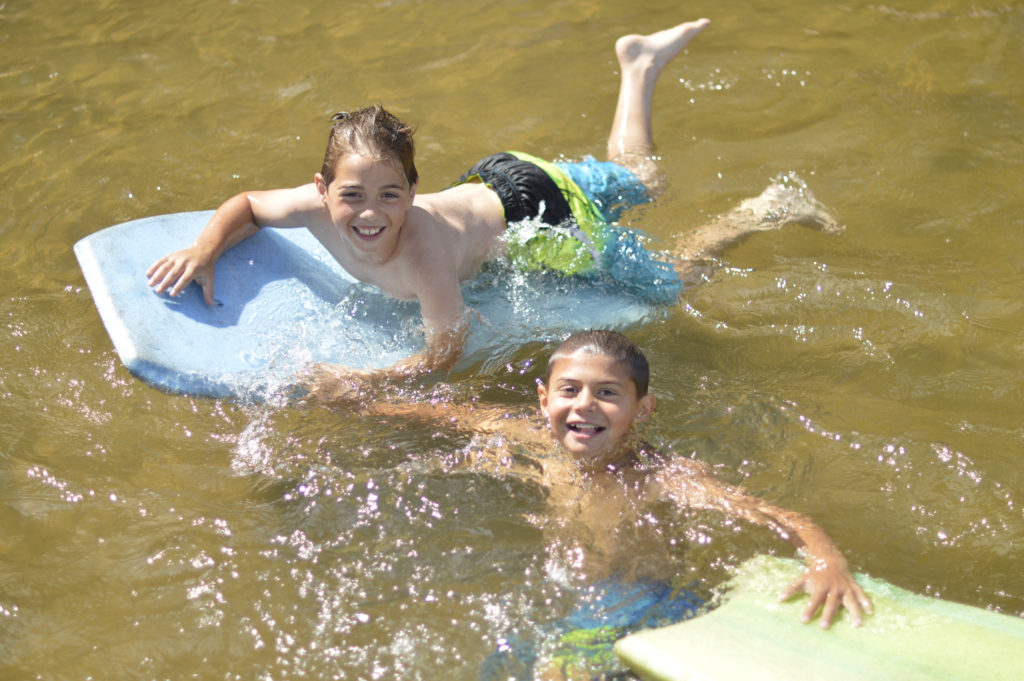 At camp, one of the most difficult things for me isn’t being away from parents, having to walk to use the bathroom, or eating different food. No, the hardest thing for me is to let go of the one thing that connects me with everything – my friends, my sports teams, and almost anything else – with the touch of a button.

The 4.7” display of my phone is hard to spurn for an hour. Imagine my struggles without it for two months! See, camp is like the Chronicles of Narnia..On one side of the portal is the bustling world we live in today, but once you pull up to Mickey Smith Parkway, you enter a disconnected, fairytale-like land. The appearance of the Parkway signifies the end of my access to Twitter, Facebook, Instagram, MySpace, Friendster, WebKinz and sports updates (oh my!).

I’ll be honest, as a huge sports fan, fixing the sports update problem has been my undercover mission during my nine summers at camp, and I will continue to pursue a solution during my upcoming 10th.

Going to camp from the middle of June to the middle of August means that the Stanley Cup and NBA Finals will be over before I come to camp. Baseball is only halfway through the excruciatingly long 162-game season, and NFL training camp is just beginning as camp comes to a close. So far, I have found no real answer, just rare opportunities for news from the outside (hint: nag Gary Kibort for a Twins update once in a while).

But once I arrive at camp, something comes over me. I realize that all of those things don’t matter. Hey, if my parents could do it when they were going to camp in 1950 (probably more like late 70’s), pre-smartphones, I can do it, too. Social networking is easy to get rid of, because at camp you are constantly surrounded by the people who follow or friend you on those sites.

Instead of sending a direct message, you DIRECTLY walk to that person and say what you want to say. At camp, instead of friending people on Facebook, you open yourself up to someone new and you give that new friend something that your social media page won’t. If you like what they’re saying, no need to favorite or retweet it, just laugh with them and create a memory. That’s the beauty of being disconnected. That’s the beauty of spending your summer in the wooded area of Webster, WI.

Camp is so meaningful for building relationships that you wouldn’t want to waste it by communicating with people outside the friendly Herzl confines, anyway. You don’t have to depend on technology to connect with people. Sure, it may be easier. It may require less effort, but hey, some of the best things take hard work. Instead, spend time getting outside of your comfort zone, meeting new people and creating great memories that will last a lifetime.

These lessons have impacted my life away from Herzl as well. Without the time I’ve spent away from my tech devices at camp, I would not understand the importance of putting my phone down when spending time with friends and family and interacting face-to-face. It’s these moments that are most rewarding in life.