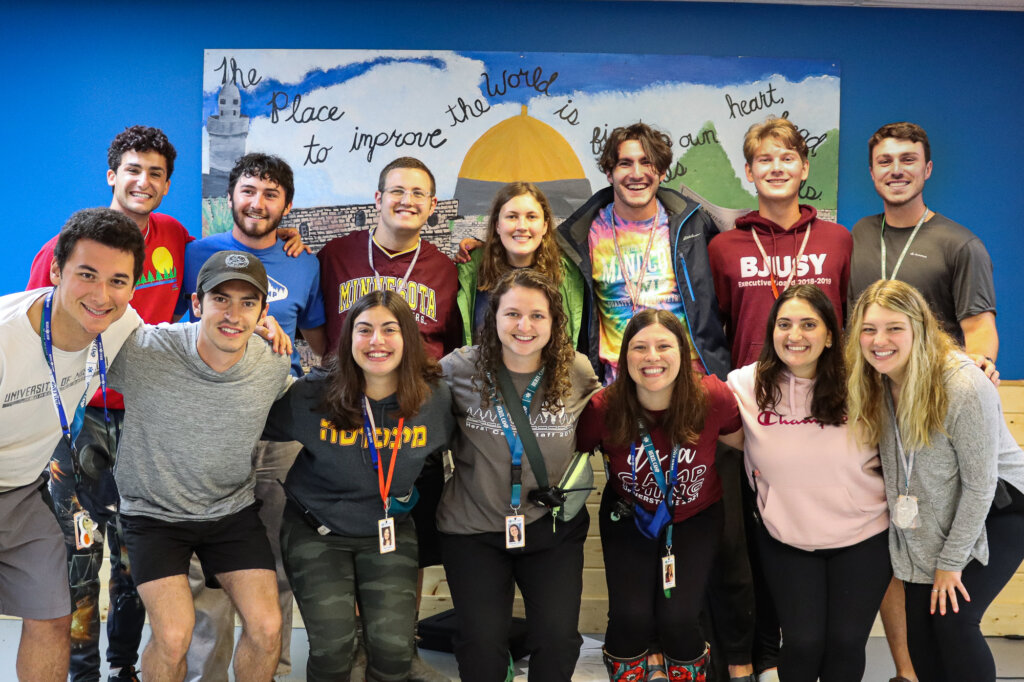 Herzl Camp has a long tradition of recognizing outstanding staff with the Fiterman Kol Hakavod Award.  Staff members vote for fellow staff who they believe embody the best of Herzl’s values: hardworking, positive leaders who go the extra mile to make it the best summer ever!

This year, we made a change to acknowledge staff in the first and second session, rather than just at the end of the summer.  For our first session, six staff members were chosen by their peers. Two are first time Herzl staffers, four are Herzl alum and one is Israeli.  I believe this is the first time an Israeli staff person has won this prestigious award for Herzl (correct me, Herzl Alum, if I’m wrong!)!  Yoni Vinov joined the Herzl staff for the first time this summer as our Aerial Park Specialist and bunk counselor.  Another first-time staffer, Tyler Bogartz-Brown, our Farm Manager, was also select for the award.  Tyler has a love for life that is contagious and his ruach is second to none!

I asked Yoni Vinov for his thoughts about winning the award.  Here’s what he told me: “I didn’t expect to win because everyone votes and I thought maybe the Israelis would vote for me but not the Americans. I was embarrassed and surprised because everyone screamed and shouted and cheered and I was like, ‘what?! me?!'” He went on to share his thoughts about coming to Herzl for the first time:  “I love the community in the camp. All the shtick and ruach. Every word that you can say during the meal there is a song that everyone knows and sings and screams. I like the people, everyone is very friendly. We play together and have fun.”

Our four Herzl alumni winners are Max Walker, Emi Alperin, Ethan Fine, Isaac Gittleman and Noah Kahn.  As long time campers and staff, they know that this award is not a participation trophy.  Staff think long and hard about who truly deserves this honor.  Being selected by their hard-working peers is deeply meaningful to each.

I also asked Noah Kahn to share his thoughts on winning.  Couldn’t agree with his thoughts more! “I feel strongly that this is the most thorough, well rounded Han Hallah (summer leadership team) that camp has ever had. I think any of us could have won and easily deserved that award. I am so honored to be nominated by my peers and to be recognized for the work I put in last session.

”Being camp staff is a hard job. The hours are long and it is a big responsibility to keep campers safe, carry on camp traditions, and set the stage for campers to make life long friends, be inspired by Israel and Jewish tradition, and come to love and value their part in the Jewish community.  It can feel like a thankless job in the moment and be the job you value the most in the long run.  The Fiterman Kol Hakavod Award is one way to stop in the midst of a busy and demanding summer to  be grateful for those around you and reflect on what you value most!