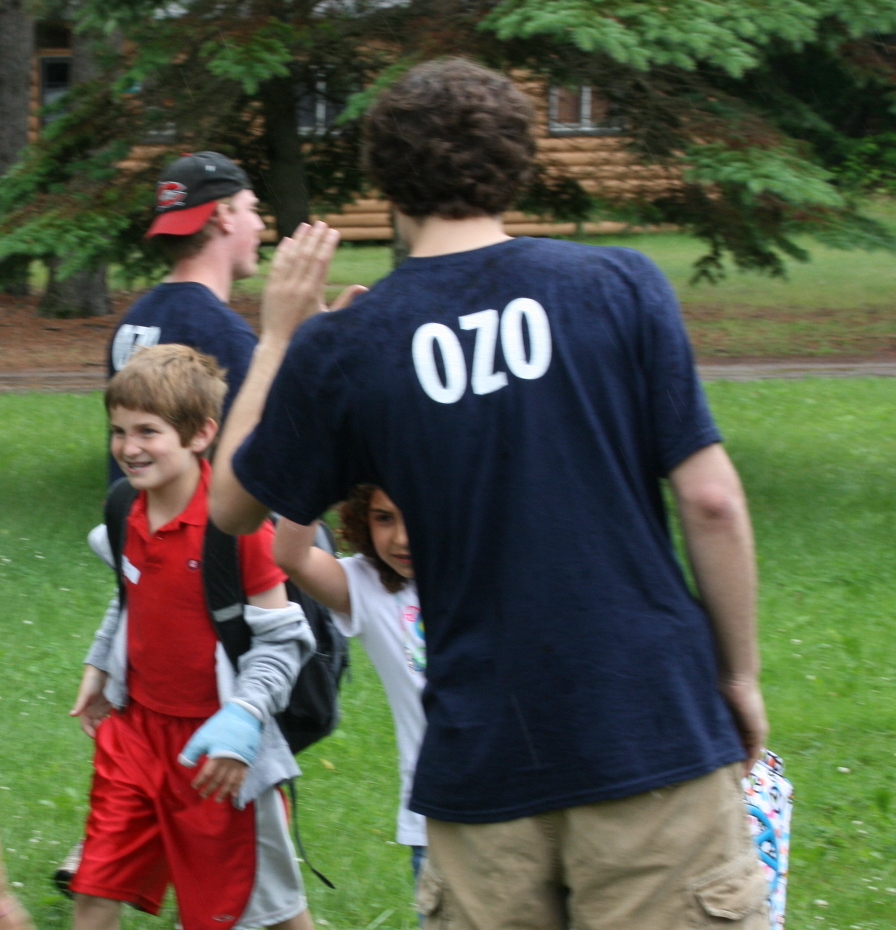 For the first time, a large number of Ozrim will be from Israel. Since 2012, Herzl has hosted 8th and 10th grade campers from Sderot, a small community in the Negev bordering Gaza. These teens share cabins and canoes with American campers each summer, making friends and sharing life’s ups and downs, as all camp friends do. When Ozo applications opened last fall, 43 applied including 8 of our Sderot campers.

Our Israeli camper program builds deep and meaningful connections on both sides of the ocean.

“I really, really want to come back to this magical camp to give the campers the incredible experience I got,” said one of the soon-to-be Sderot Ozrim.

Meanwhile, here is how one camper described meeting their Israeli cabinmate: “I had never talked to someone from Israel before! The reality is we are all teenagers, and we’re all the same.”

After their child bunked with Sderot campers, a parent shared, “My kids feel very connected to the safety of their new friends and the news out of Israel.”

The program has grown over the years thanks to the generosity of donors who value the connections it has fostered. Ari Sterenson, who was a cabin counselor the first year campers from Sderot came to camp, shared why he donates to the program. “While Israel trips are important, they start and end. Friendship is a constant thing. Having a friend from Israel personally links you to that place more than anything else can.” Studies show that Jewish campers are 55% more likely to care deeply about Israel than non-campers.

While including the 8 Sderot Ozrim will increase the cost of the Israeli Camper program significantly, it will have an outsized impact. Ozrim are involved in all aspects of camp: cabin groups, meals, and chugim. Campers look up to, love, and stay in touch with their Ozrim! Their being from Israel makes that all the more special.

“To be able to say ‘Yes!’ and quickly meet this immediate need, we are asking passionate Israel supporters to learn more about this incredibly effective program,” said Holly Guncheon, Herzl’s Advancement Director. “Opening camp’s doors for Ozrim from Sderot will inspire future Israel supporters like you.”